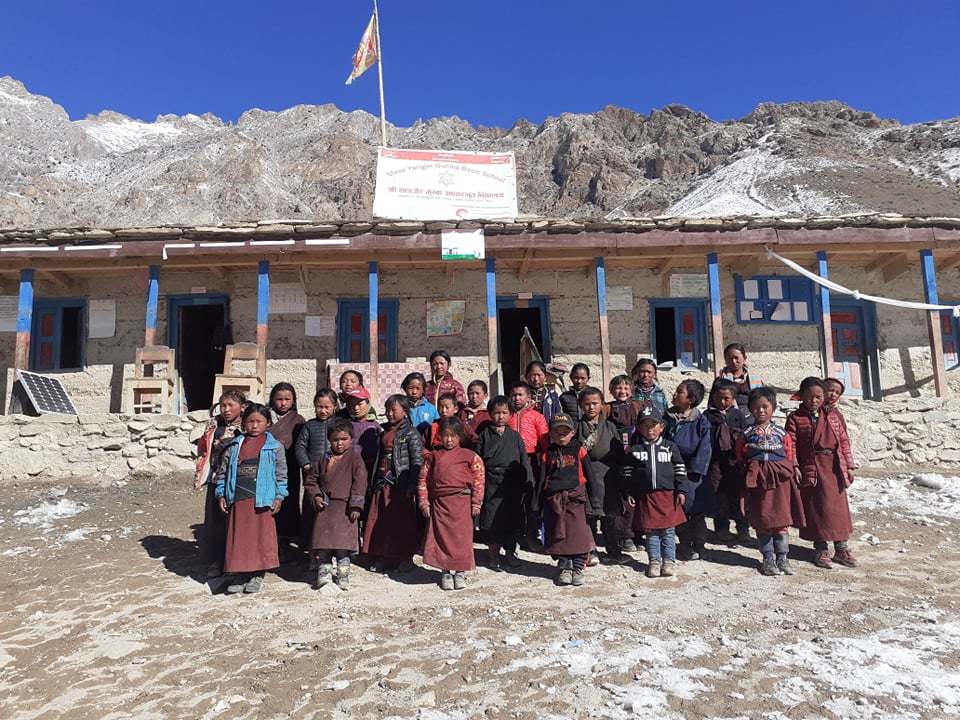 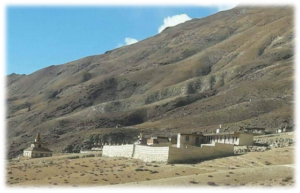 Nyisal is a tiny village at 3800 m altitude which holds Yangjer Gompa, one of the oldest Monastery of Dolpo within the Shey Phoksundo rural municipality in the Dolpo Region close to the Tibetan border. It is located more than one walking week from the district headquarter Dunai & the airport region of Juphal. All the transport is done by mules and Yaks. Because of the extreme remoteness of the Dolpo region it is very difficult to deliver basic education throughout the year. The existing schools in this region are not equipped with proper teaching tools and facilities, even though several NGO’s and local individuals are working towards running all these schools. However, most of the schools remain closed in winter times due to the extreme whether in winter and also due to limited fund to run the winter classes, i.e. the regular school only runs for six months.

Yangjer Gumba Basic school was initially established in 1975 by Nepal Government, but closed soon. Before Snow Yak Foundation (SYF) founder Binod Shahi reopened the school in 2011, the school had remained closed for almost 35 years owing to irresponsible Government teachers and unaware locals. SYF now runs classes up to grade 5 in the school with SYF fellows working as teachers during the summer period. The school mostly has students from Nyisal and nearby villages Musi and Luri. Lack of proper classrooms, teaching materials, library and toilets still poses a challenge for the school.

We are aiming to improve the overall success of education, which oftentimes suffer also in summer due to the household and agricultural duties of the students. In the meantime more and more schools in the Upper Dolpo attempt to run winter classes with support of local youths and alumni who stay in those harsh winter weather and teach the students.

Similarly, the Yangjer Gumba Basic School also has been conducting Winter classes for all grades, from Nursery to class 5 since 2015. Winter classes are teached by local educated youths. In the past the Government paid for the teachers and study material, but now they stopped their support. We are happy that HUMAN-Foundation is willing to take the expenses from the winter period 2019/2020 onwards.

Apart from the regular Government curriculum, the winter classes also teach the Dolpo dialect of the Tibetan language, basic Buddhist philosophy, cultural performances and arts. Currently we have 28 students which are enrolled in the winter school with the support of three teachers. Our project aims at offering lectures to 30-40 students during the coming years in winter times.

A small hostel is conducted by local cooks. Firewood are provided by students‘ parents. The main objectives of the winter school project are:

It is obvious, that this project will really benefit the children of this small village, which has been neglected by the Government and concerned department for a long time. 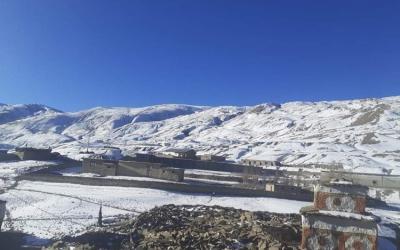 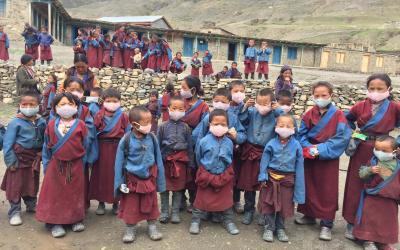 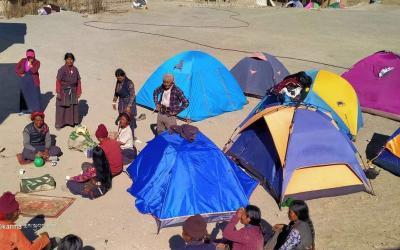